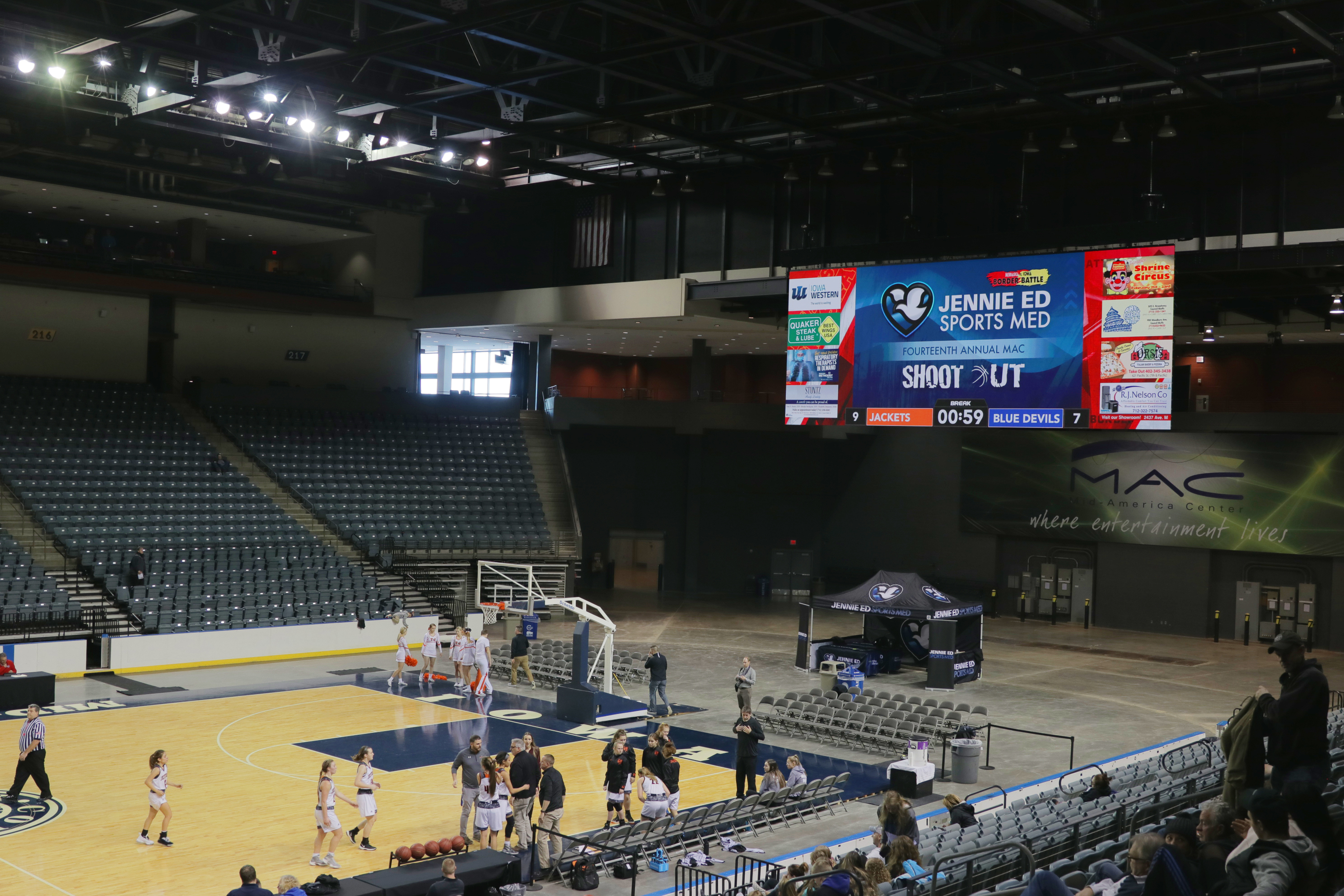 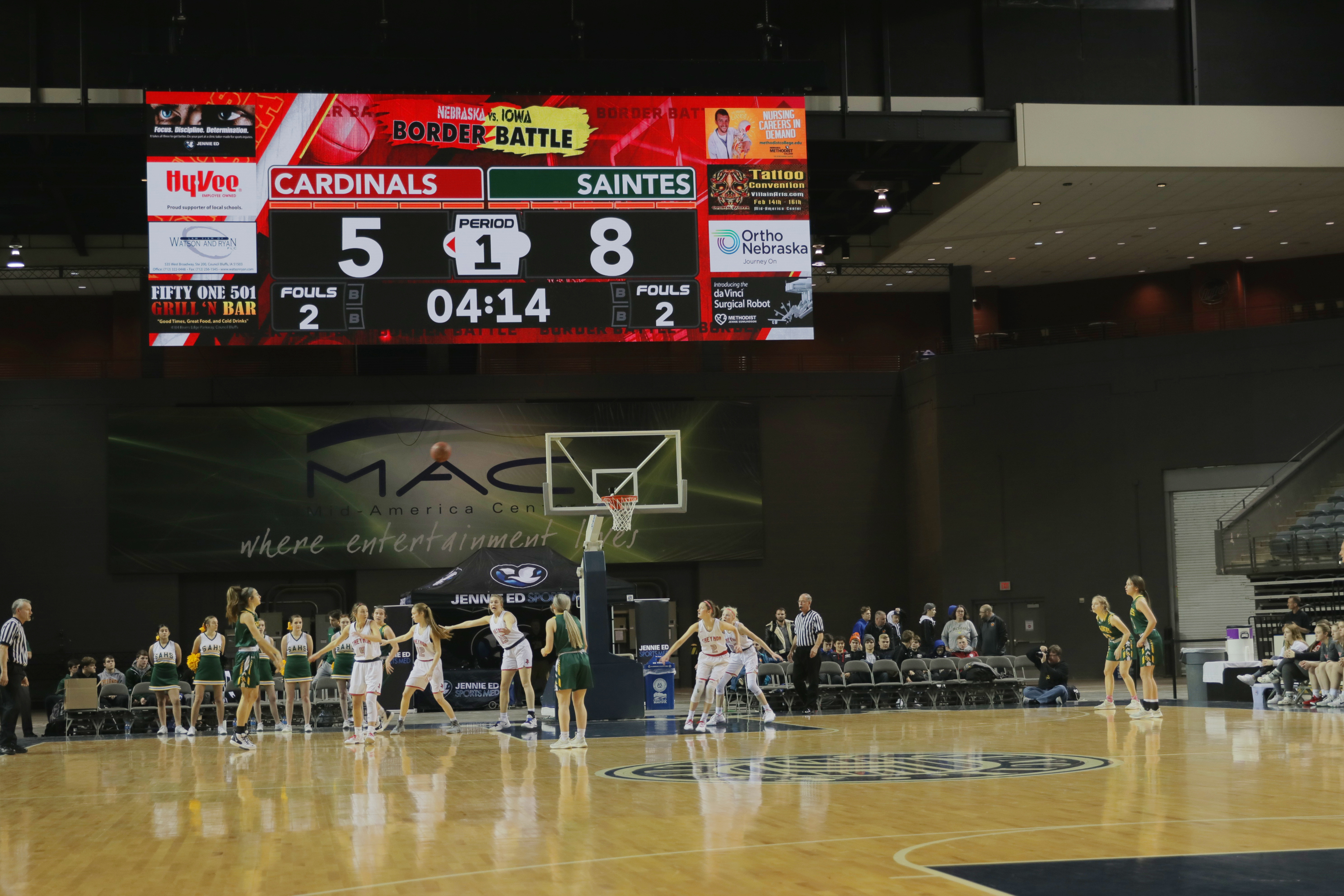 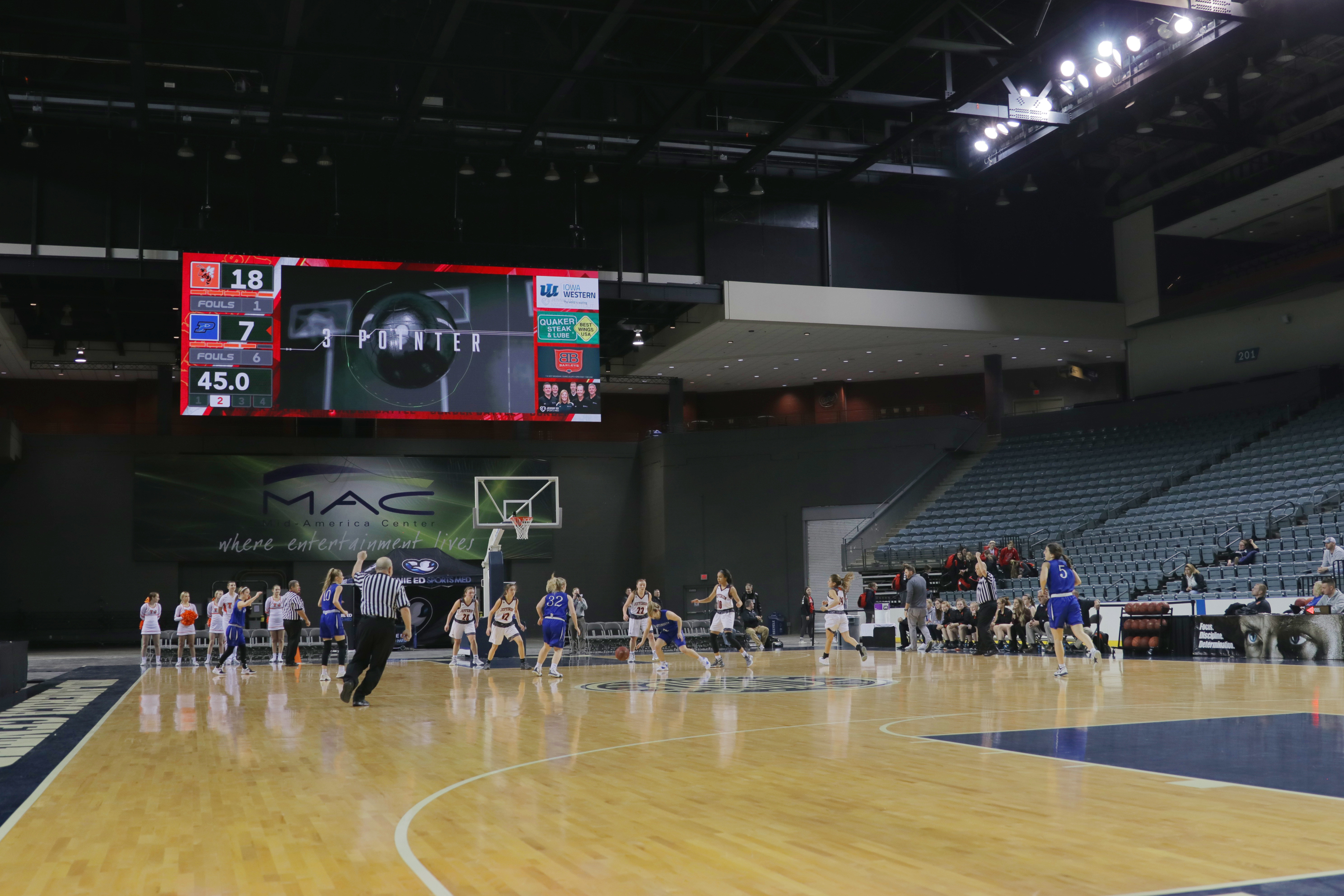 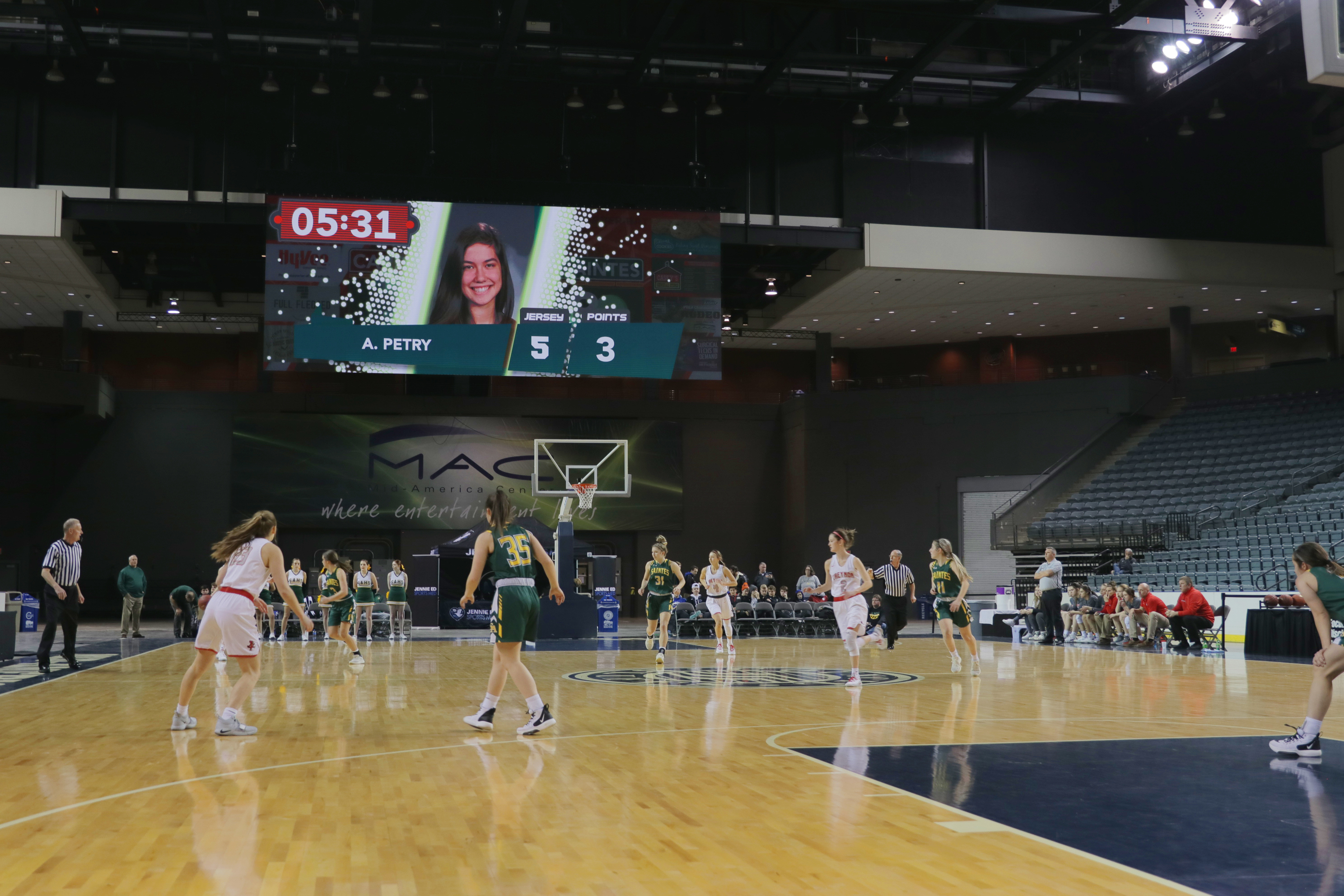 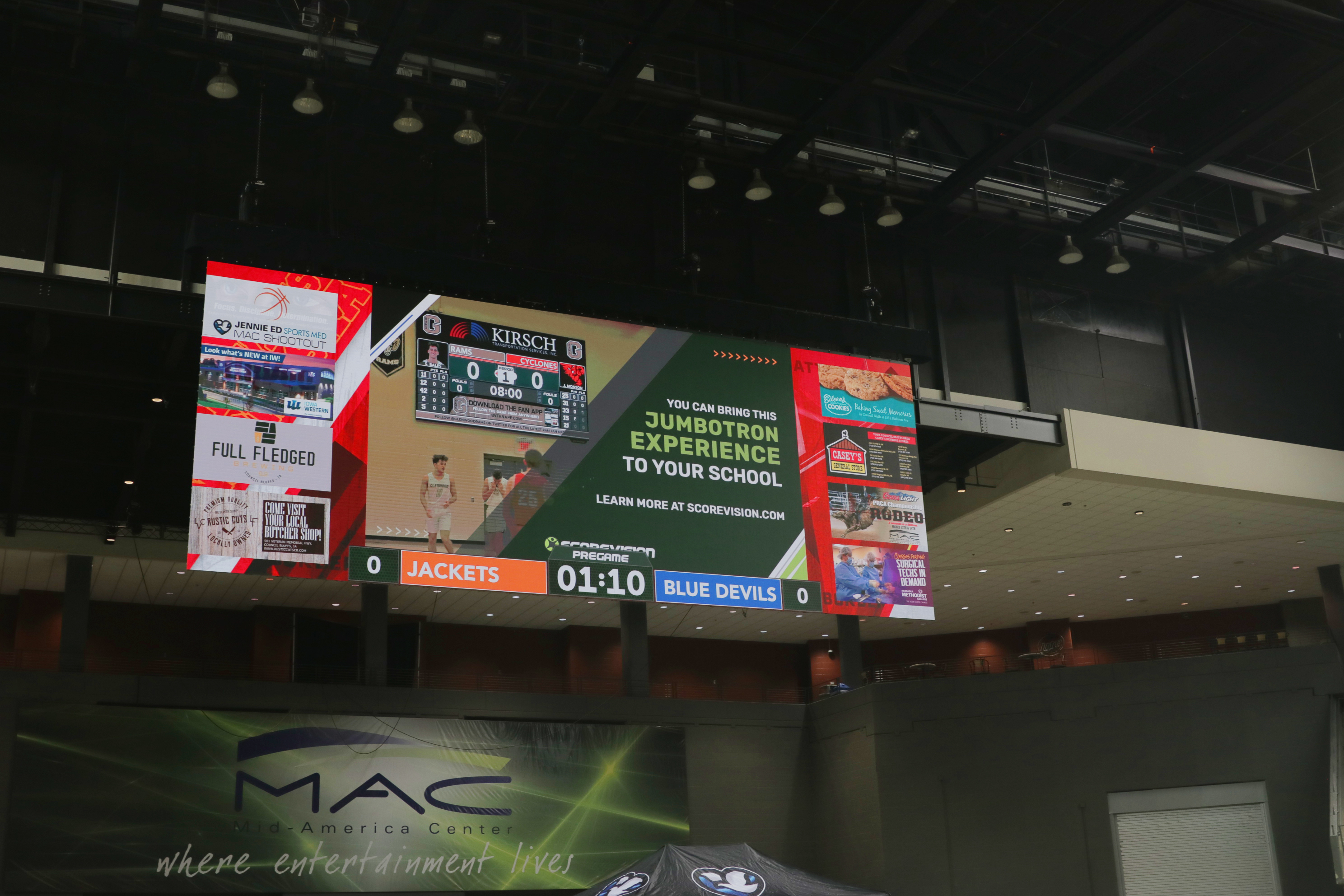 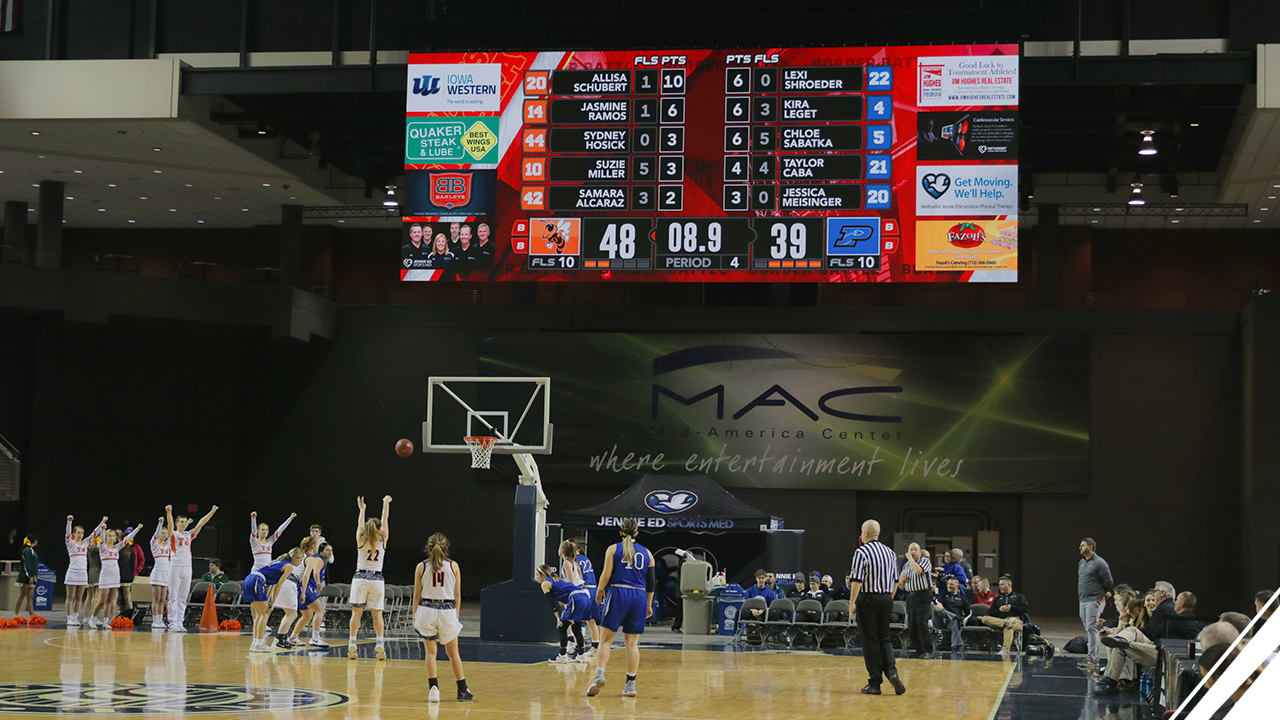 In early January, the Mid-America Center in Council Bluffs, Iowa hosted an annual basketball marathon event that brings together local high schools. Known as the Border Battle, the event filled a full Saturday with back-to-back basketball games that match up a Nebraska high school against an Iowa high school.

Though the event center has hosted the shootout for several years, this year's event was made even more special for the student-athletes thanks to the new ScoreVision jumbotron that was installed in the summer of 2019.

The Border Battle event marks the first time the event center has used their giant 48'x18' video display to host a basketball event. And for many of the area high schools competing in the tournament, it was their first time experiencing a game played with the ultra-engaging features packed into the ScoreVision system.

Take a look at our recap of the event and the engaging features in action! 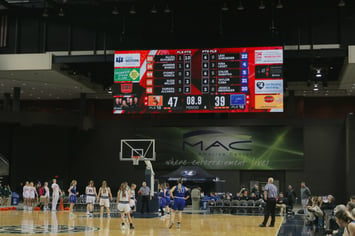 As points (and fouls) started adding up throughout each game, the scorekeeper switched over from the standard scoreboard layout to our dynamic leaderboard layout. At the touch of one button, a leaderboard took over the video display to highlight top players. As points were scored and fouls committed, the leaderboard automatically updated with the new information and those stats were saved to the ScoreVision Cloud.

As the scores climbed higher, the scorekeepers began exploring one of the most impactful player recognition features built into the ScoreVision system: our one-touch player accolade. After a point was scored, the scorekeeper was prompted to press a button that brought the player's headshot, name, jersey number, and points scored into an auto-generated animation that splashes across the screen. And on a video display that's 48' wide and 18' tall, these animations were truly larger than life!

Watch this quick video to see our exclusive dynamic leaderboard and player accolade features in action: 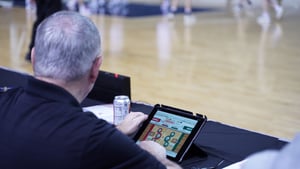 Due to the back-to-back nature of this unique event, and the fact that this was the first basketball tournament the event center hosted with their new ScoreVision video boards, there was a new person keeping score at each game of the tournament. With just minutes between games, these scorekeepers didn't have much time to learn a new scorekeeping software. Fortunately, a few minutes is all it took to learn not just the basics of keeping score on ScoreVision's iPad-based app, but also the unique features available with ScoreVision. Thanks to ScoreVision's relentless dedication to creating the most user-friendly scorekeeping and game production software on the market, these brand-new scorekeepers were able to keep score right away, and started introducing more advanced features as early as the second quarter!

ScoreVision was very proud to play a part in giving local high school student-athletes a taste of what it will be like to play at the college or professional level during this event. We look forward to helping schools across America bring this jumbotron experience into their own gyms and stadiums.

To learn more about bringing ScoreVision to your high school, junior college, university, recreation facility, or event center, reach out to us below!

Imagine ScoreVision in Your Gym